Can't-Wait Wednesday: We Cry For Blood (The Reborn Empire #3) by Devin Madson & A Lesson in Vengeance by Victoria Lee From Goodreads:
"The empire has fallen and another rises in its place in the action-packed third book of Devin Madson's bold and bloody epic fantasy quartet.
Ambition and schemes have left the Kisian Empire in ashes. Empress Miko Ts’ai will have to move fast if she hopes to secure a foothold in its ruins. However, the line between enemies and allies may not be as clear-cut as it first appeared.
After failing to win back his Swords, former Captain Rah e’Torin finds shelter among the Levanti deserters. But his presence in the camp threatens to fracture the group, putting him on a collision course with their enigmatic leader.
Assassin Cassandra Marius knows Leo Villius’s secret—one that could thwart his ambitions to conquer Kisia. But her time in Empress Hana’s body is running out and each attempt they make to exploit Leo’s weakness may be playing into his plans.
And, as Leo’s control over the Levanti emperor grows, Dishiva e’Jaroven is caught in his web. To successfully challenge him, she’ll have to decide how many of her people are worth sacrificing in order to win."
I read the first in the Reborn Empire series back in 2018 and have been hooked ever since! I can't wait for this next installment because I just know it's going to be another amazing and intense fantasy read. 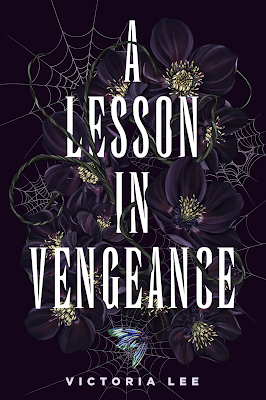 From Goodreads:
"Felicity Morrow is back at Dalloway School.
Perched in the Catskill mountains, the centuries-old, ivy-covered campus was home until the tragic death of her girlfriend. Now, after a year away, she’s returned to graduate. She even has her old room in Godwin House, the exclusive dormitory rumored to be haunted by the spirits of five Dalloway students—girls some say were witches. The Dalloway Five all died mysteriously, one after another, right on Godwin grounds.
Witchcraft is woven into Dalloway’s history. The school doesn’t talk about it, but the students do. In secret rooms and shadowy corners, girls convene. And before her girlfriend died, Felicity was drawn to the dark. She’s determined to leave that behind her now; all Felicity wants is to focus on her senior thesis and graduate. But it’s hard when Dalloway’s occult history is everywhere. And when the new girl won’t let her forget.
It’s Ellis Haley’s first year at Dalloway, and she’s already amassed a loyal following. A prodigy novelist at seventeen, Ellis is a so-called “method writer.” She’s eccentric and brilliant, and Felicity can’t shake the pull she feels to her. So when Ellis asks Felicity for help researching the Dalloway Five for her second book, Felicity can’t say no. Given her history with the arcane, Felicity is the perfect resource.
And when history begins to repeat itself, Felicity will have to face the darkness in Dalloway–and in herself."
I am one of those that's always a sucker for a school setting, and I am so curious about the witchy components!