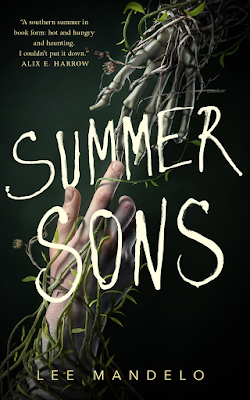 Summer Sons by Lee Mandelo
Publication: September 28th, 2021
Tordotcom
Hardcover. 384 pages.
Pre-order: Amazon | IndieBound
From Goodreads:
"Andrew and Eddie did everything together, best friends bonded more deeply than brothers, until Eddie left Andrew behind to start his graduate program at Vanderbilt. Six months later, only days before Andrew was to join him in Nashville, Eddie dies of an apparent suicide. He leaves Andrew a horrible inheritance: a roommate he doesn’t know, friends he never asked for, and a gruesome phantom with bleeding wrists that mutters of revenge.
As Andrew searches for the truth of Eddie’s death, he uncovers the lies and secrets left behind by the person he trusted most, discovering a family history soaked in blood and death. Whirling between the backstabbing academic world where Eddie spent his days and the circle of hot boys, fast cars, and hard drugs that ruled Eddie’s nights, the walls Andrew has built against the world begin to crumble, letting in the phantom that hungers for him."
This seems like it's been on a lot of people's most anticipated reads this year already, and it sounding like a creepy, imaginative story that I can't wait to check out. I recently got approved for a NetGalley ARC, so I can't wait to start reading. 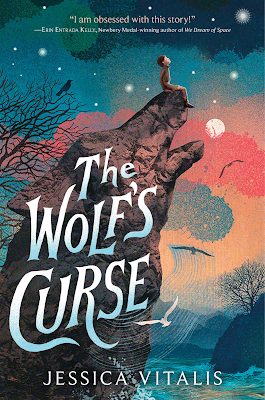 The Wolf's Curse by Jessica Vitalis
Publication: September 21st, 2021
Greenwillow Books
Hardcover. 336 pages.
Pre-order: Amazon | IndieBound
From Goodreads:
"The path ahead isn't easy. It will be filled with darkness and despair, and you will almost certainly regret your decision, just as I regret mine." ~Narrator, The Wolf's Curse
Twelve-year-old Gauge’s life has been cursed since the day he witnessed a Great White Wolf steal his grandpapá’s soul, preventing it from reaching the Sea-in-the-Sky and sailing into eternity. When the superstitious residents of Bouge-by-the-Sea accuse the boy of crying wolf, he joins forces with another orphan to prove his innocence. They navigate their shared grief in a journey that ultimately reveals life-changing truths about the wolf––and death. Narrated in a voice reminiscent of The Book Thief and Lemony Snicket, this fast-paced adventure is perfect for fans of literary fiction fantasy such as A Wish in the Dark and The Girl Who Drank the Moon."
I have been dying to dive into some new middle grade fantasy,  and this sounds like a great option to pick up soon! I am loving that cover, and this book sounds it is going to be equally beautiful.
What do you think about these upcoming releases? What are your anticipated upcoming releases?
Posted by Jordan @ForeverLostinLiterature at 2:00 AM