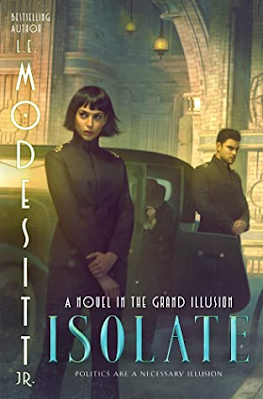 Isolate by L.E. Modesitt, Jr.
Publication: October 19th, 2021
Tor Books
Hardcover. 608 pages.
Pre-order: Amazon | IndieBound
From Goodreads:
"L. E. Modesitt, Jr., bestselling author of The Mongrel Mage, has a brand new gaslamp political fantasy Isolate.
Industrialization. Social unrest. Underground movements. Government corruption and surveillance.
Something is about to give.
Steffan Dekkard is an isolate, one of the small percentage of people who are immune to the projections of empaths. As an isolate, he has been trained as a security specialist and he and his security partner Avraal Ysella, a highly trained empath are employed by Axel Obreduur, a senior Craft Minister and the de facto political strategist of his party.
When a respected Landor Councilor dies of “heart failure” at a social event, because of his political friendship with Obreduur, Dekkard and Ysella find that not only is their employer a target, but so are they, in a covert and deadly struggle for control of the government and economy.
Steffan is about to understand that everything he believed is an illusion."
I read the first two books in Modesitt's Imager series years and years ago and remember enjoying them quite a bit (though why I never finished, I'm not sure!), so I'm feeling excited to see a new release and new start to a fantasy series from him! This sounds like it will be pretty politics-heavy, but Modesitt is someone I really trust to do well. 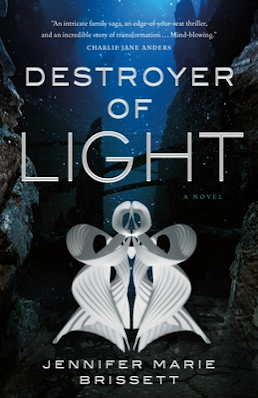 Destroyer of Light by Jennifer Marie Brissett
Publication: October 12th, 2021
Tor Books
Hardcover. 304 pages.
Pre-order: Amazon | IndieBound
From Goodreads:
"The Matrix meets an Afro-futuristic retelling of Persephone set in a science fiction underworld of aliens, refugees, and genetic engineering in Jennifer Marie Brissett's Destroyer of Light
Having destroyed Earth, the alien conquerors resettle the remains of humanity on the planet of Eleusis. In the four habitable areas of the planet—Day, Dusk, Dawn, and Night—the haves and have nots, criminals and dissidents, and former alien conquerors irrevocably bind three stories:
*A violent warlord abducts a young girl from the agrarian outskirts of Dusk leaving her mother searching and grieving.
*Genetically modified twin brothers desperately search for the lost son of a human/alien couple in a criminal underground trafficking children for unknown purposes.
*A young woman with inhuman powers rises through the insurgent ranks of soldiers in the borderlands of Night.
Their stories, often containing disturbing physical and sexual violence, skate across years, building to a single confrontation when the fate of all—human and alien—balances upon a knife’s-edge."
This book just sounds a little bit like sci-fi chaos with everything going on, and I'm here for that!
and... 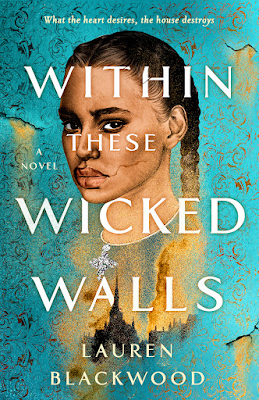 Within These Wicked Walls by Lauren Blackwood
Publication: October 19th, 2021
Wednesday Books
Hardcover. 336 pages.
Pre-order: Amazon | IndieBound
From Goodreads:
"What the heart desires, the house destroys...
Andromeda is a debtera—an exorcist hired to cleanse households of the Evil Eye. When a handsome young heir named Magnus Rochester reaches out to hire her, Andromeda quickly realizes this is a job like no other, with horrifying manifestations at every turn, and that Magnus is hiding far more than she has been trained for. Death is the most likely outcome if she stays, but leaving Magnus to live out his curse alone isn’t an option. Evil may roam the castle’s halls, but so does a burning desire.
Kiersten White meets Tomi Adeyemi in this Ethiopian-inspired debut fantasy retelling of Jane Eyre."
YA fantasy has not been my thing lately, but this one has really caught my eye over the past year. I think I'll wait for some reviews, but otherwise I'm really intrigued by this one!
What do you think about these upcoming releases? What are your anticipated upcoming releases?
Posted by Jordan @ForeverLostinLiterature at 2:00 AM