Can't-Wait Wednesday: Nothing But Blackened Teeth by Cassandra Khaw, Daughter of the Deep by Rick Riordan, & That Dark Infinity by Kate Pentecost 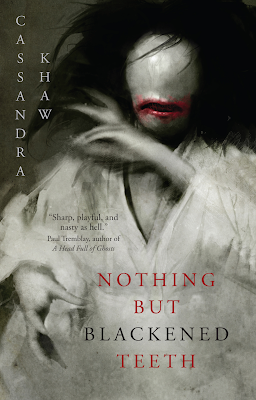 Nothing But Blackened Teeth by Cassandra Khaw
Publication: October 19th, 2021
Nightfire
Hardcover. 128 pages.
Pre-order: Amazon | IndieBound
From Goodreads:
"Cassandra Khaw's Nothing But Blackened Teeth is a gorgeously creepy haunted house tale, steeped in Japanese folklore and full of devastating twists.
A Heian-era mansion stands abandoned, its foundations resting on the bones of a bride and its walls packed with the remains of the girls sacrificed to keep her company.
It’s the perfect wedding venue for a group of thrill-seeking friends.
But a night of food, drinks, and games quickly spirals into a nightmare. For lurking in the shadows is the ghost bride with a black smile and a hungry heart.
And she gets lonely down there in the dirt."
I am so looking forward to reading some good horror, and this sounds like it could be a great way to kick off the season. I've been holding onto an ARC for far too long and now I can finally dive in. 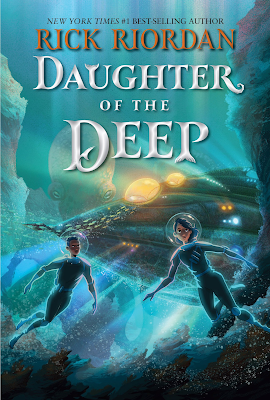 Daughter of the Deep by Rick Riordan
Publication: October 5th, 2021
Disney-Hyperion
Hardcover. 352 pages.
Pre-order: Amazon | IndieBound
From Goodreads:
"Ana Dakkar is a freshman at Harding-Pencroft Academy, a five-year high school that graduates the best marine scientists, naval warriors, navigators, and underwater explorers in the world. Ana's parents died while on a scientific expedition two years ago, and the only family's she's got left is her older brother, Dev, also a student at HP. Ana's freshman year culminates with the class's weekend trial at sea, the details of which have been kept secret. She only hopes she has what it'll take to succeed. All her worries are blown out of the water when, on the bus ride to the ship, Ana and her schoolmates witness a terrible tragedy that will change the trajectory of their lives.
But wait, there's more. The professor accompanying them informs Ana that their rival school, Land Institute, and Harding-Pencroft have been fighting a cold war for a hundred and fifty years. Now that cold war has been turned up to a full broil, and the freshman are in danger of becoming fish food. In a race against deadly enemies, Ana will make amazing friends and astounding discoveries about her heritage as she puts her leadership skills to the test for the first time."
This may or may not come as a surprise, but... I've never read anything from Rick Riordan before! I missed the Percy Jackson train, and I've never really tried it out (even though I'm aware it should be right up my alley). Regardless, I think this new book sounds like a lot of fun, and if I have a chance to pick it up I definitely will!
and... 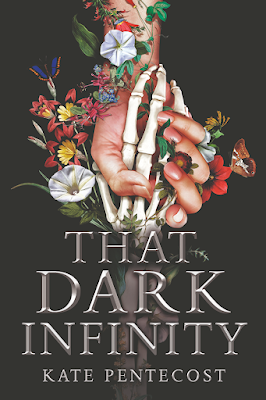 That Dark Infinity by Kate Pentecost
Publication: October 19th, 2021
Little, Brown Books
Hardcover. 384 pages.
Pre-order: Amazon | IndieBound
From Goodreads:
"By night, the Ankou is a legendary, permanently young mercenary. By day, a witch's curse leaves him no more than bones. Caught in an unending cycle of death and resurrection, the Ankou wants only to find the death that has been prophesied for him, especially once he begins to rot while he's still alive....
After the kingdom of Kaer-Ise is sacked, Flora, loyal handmaiden to the princess, is assaulted and left for dead. As the sole survivor of the massacre, Flora wants desperately to find the princess she served. When the Ankou agrees to help her find the princess, and to train her in exchange for her help in breaking his curse, she accepts. But how can she kill an immortal? Especially one whom she is slowly growing to understand—and maybe even to love?
Together, they will solve mysteries, battle monsters, break curses, and race not only against time, but against fate itself."
This sounds beautiful, dark, and so intriguing! That cover really grabs me, and I am so curious to check out this book.
What do you think about these upcoming releases? What are your anticipated upcoming releases?
Posted by Jordan @ForeverLostinLiterature at 2:00 AM