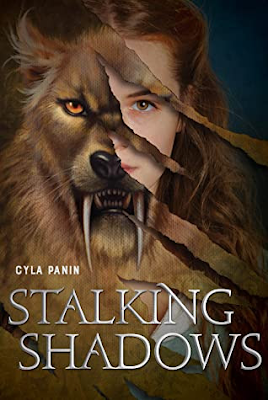 Stalking Shadows by Cyla Panin
Amulet Books
Publication Date: September 14th 2021
Hardcover. 400 pages.
About Stalking Shadows:
"Seventeen-year-old Marie mixes perfumes to sell on market day in her small eighteenth-century French town. She wants to make enough to save a dowry for her sister, Ama, in hopes of Ama marrying well and Marie living in the level of freedom afforded only to spinster aunts. But her perfumes are more than sweet scents in cheap, cut-glass bottles: A certain few are laced with death. Marie laces the perfume delicately—not with poison but with a hint of honeysuckle she’s trained her sister to respond to. Marie marks her victim, and Ama attacks. But she doesn’t attack as a girl. She kills as a beast.
Marking Ama’s victims controls the damage to keep suspicion at bay. But when a young boy turns up dead one morning, Marie is forced to acknowledge she might be losing control of Ama. And if she can’t control her, she’ll have to cure her. Marie knows the only place she’ll find the cure is in the mansion where Ama was cursed in the first place, home of Lord Sebastien LeClaire. But once she gets into the mansion, she discovers dark secrets hidden away—secrets of the curse, of Lord Sebastien . . . and of herself."

Stalking Shadow is a unique Beauty and the Beast-inspired retelling featured two sisters, Ama and Marie, as they struggle to manage the fact that Ama turns into a beast every month and must satiate her thirst. This was a delightfully gothic-feeling fantasy that dealt with some serious and occasionally difficult topics, and I felt that Panin executed this story wonderfully.

The story largely follows Marie as she decides that she must find a cure for the curse that turns Ama in to a beast, and to do so she visits the LeClaire mansion, where she believes Ama was first cursed. Once there, Marie finds herself in the employ of Lord Sebastien LeClaire, where she is meant to help find a cure and assist his ailing younger brother, Lucien, who is slowly dying of consumption. The LeClaire mansion is a dark place filled with secrets at every turn, but it is also a place a love between the remaining members of the household.

Marie is a steadfast protagonist and I admired her continued determination and bravery throughout. Marie's love for her sister was tangible, and I appreciated her resourcefulness in both taking care of her and in figuring out a way to allow her sister to "safely" follow her nature. Her knowledge of herbs and flowers that she uses in order to craft perfumes to sell to townspeople also aids her in acquiring a position at the mansion in order to attempt to stop her sister's curse, and I enjoyed seeing this element woven into the story. I questioned a few of her decisions at times, and I can't say I always agreed with her, especially when it came to her handling of Lucien sometimes, but I can't fault her for anything she did because she was willing to do whatever it took to cure and save her sister, and I think anyone with a loved one can understand that.

The setting and overall atmosphere and Stalking Shadow was so perfectly done to where I could feel the sort of dark, somewhat isolating sense of the town in which Marie lives. It just feels like there was some thick fog hanging around throughout many of the events of this novel, and I really think that helped to cement the mysterious nature of everything going on in the plot, as well as the many secrets that are constantly lingering on the fringe of the story. This is also a story that is centered around sisterhood and survival, but covers so much more, from childhood traumas to disjointed families and how to move forward in life in the best way possible.

The pacing of Stalking Shadows was a little slow at times, and I feel as though the book could have used a bit more direction at times, but I didn't find this too much of an issue. I also felt that some of the character development was both slow and sudden in its own right, but again, nothing that felt overwhelming or that really took away from my enjoyment.

*I received a copy of Stalking Shadows courtesy of the publisher in exchange for an honest review.*