Can't-Wait Wednesday: The Quicksilver Court by Melissa Caruso, The Spirit Engineer by A.J. West, & The Death of Jane Lawrence by Caitlin Starling 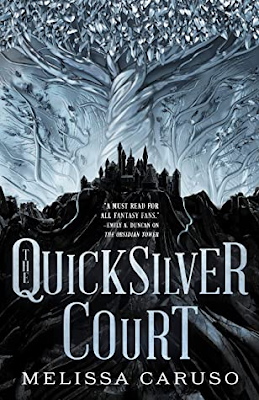 The Quicksilver Court (Rooks & Ruin #2) by Melissa Caruso
Publication: October 12th, 2021
Orbit
Paperback. 544 pages.
Pre-order: Amazon | IndieBound
From Goodreads:
"The Quicksilver Court continues the wildly original epic fantasy series bursting with intrigue and ambition, questioned loyalties, and broken magic that began with The Obsidian Tower.
Ryxander, Warden of Gloamingard, has failed. Unsealed by her blood, the Door hidden within the black tower has opened. Now, for the first time since the age of the Graces, demons walk the world.
As tensions grow between nations, all eyes-and daggers are set on Morgrain, fallen under the Demon of Discord's control. In an attempt to save her home from destruction, Ryx and the Rookery set out to find a powerful artifact. But powerful enemies are on the hunt and they're closing in fast. "
I've loved every single one of Melissa Caruso's books thus far, and I am so excited for this sequel! I have complete faith that I'm going to love it. 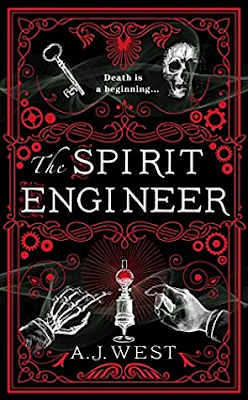 The Spirit Engineer by A.J. West
Publication: October 7th, 2021
Duckworth Books
Hardcover. 336 pages.
Pre-order: Amazon
From Goodreads:
"Belfast, 1914. Two years after the sinking of the Titanic, high society has become obsessed with spiritualism in the form of seances that attempt to contact the spirits of loved ones lost at sea.
William is a man of science and a sceptic, but one night with everyone sat around the circle something happens that places doubt in his heart and a seed of obsession in his mind. Could the spirits truly be communicating with him or is this one of Kathleen’s parlour tricks gone too far?
This early 20th century gothic set in Northern Ireland contains all the mystery and intrigue one might expect from a Sarah Waters novel. Deftly plotted with echoes of The Woman in Black, readers will be thrilled to discover West’s chilling prose.
Based on the true story of William Jackson Crawford and famed medium Kathleen Goligher, and with a cast of characters that include Arthur Conan Doyle and Harry Houdini, The Spirit Engineer conjures a haunting tale that will keep readers guessing until the very end."
Doesn't this just sound like such a unique and compelling story?? I am really curious about this one, and am so excited to check it out sometime!
and... 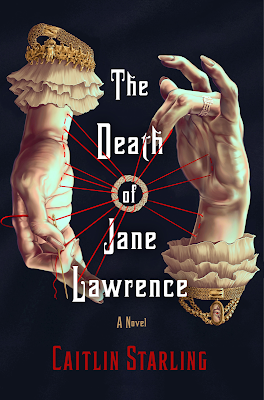 The Death of Jane Lawrence by Caitlin Starling
Publication: October 5th, 2021
St. Martin's Press
Hardcover. 368 pages.
Pre-order: Amazon | IndieBound
From Goodreads:
"Practical, unassuming Jane Shoringfield has done the calculations, and decided that the most secure path forward is this: a husband, in a marriage of convenience, who will allow her to remain independent and occupied with meaningful work. Her first choice, the dashing but reclusive doctor Augustine Lawrence, agrees to her proposal with only one condition: that she must never visit Lindridge Hall, his crumbling family manor outside of town. Yet on their wedding night, an accident strands her at his door in a pitch-black rainstorm, and she finds him changed. Gone is the bold, courageous surgeon, and in his place is a terrified, paranoid man—one who cannot tell reality from nightmare, and fears Jane is an apparition, come to haunt him.
By morning, Augustine is himself again, but Jane knows something is deeply wrong at Lindridge Hall, and with the man she has so hastily bound her safety to. Set in a dark-mirror version of post-war England, Starling crafts a new kind of gothic horror from the bones of the beloved canon. This Crimson Peak-inspired story assembles, then upends, every expectation set in place by Shirley Jackson and Rebecca, and will leave readers shaken, desperate to begin again as soon as they are finished."
I've been holding onto an ARC of this one for far too long and I think it's just about time to dive in! I adored Caitlin Starling's The Luminous Dead and am just so intrigued by this new one.
What do you think about these upcoming releases? What are your anticipated upcoming releases?
Posted by Jordan @ForeverLostinLiterature at 2:00 AM