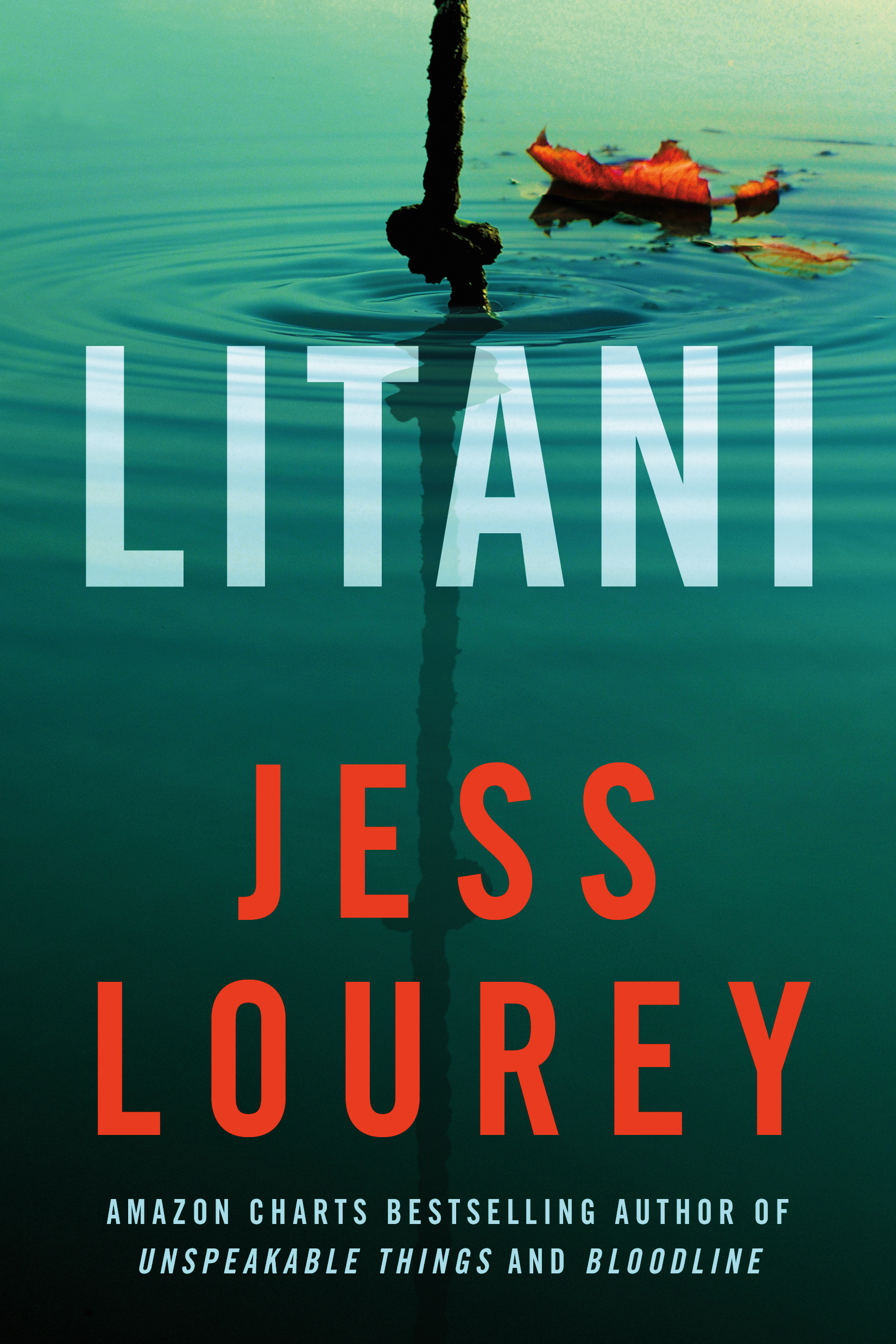 Litani by Jess Lourey
Thomas & Mercer
Publication Date: October 19th, 2021
Paperback. 316 pages.
About Litani:
"In the summer of ’84, fourteen-year-old Frankie Jubilee is shuttled off to Litani, Minnesota, to live with her estranged mother, a county prosecutor she barely knows. From the start, Frankie senses something uneasy going on in the small town. The locals whisper about The Game, and her mother warns her to stay out of the woods and away from adults.
When a bullying gang of girls invites Frankie to The Game, she accepts, determined to find out what’s really going on in Litani. She’s not the only one becoming paranoid. Hysteria burns through the community. Dark secrets emerge. And Frankie fears that, even in the bright light of day, she might be living among monsters."

I was born in the '90s, so I didn't really learn about the Satanic Panic of the '80s until a while after it occurred, and I've found it an incredibly interesting phenomenon. I was really excited and curious about Litani when it was brought to my attention, and I had no idea what a creepy, horrifying, yet immensely well-written story I was in for. This was a somewhat slower burn of a read, yet it still felt like a page-turner for me. Litani is one of those books that's scary in the "humans are monsters" sense of scary, which to me is sometimes the scariest. I can't tell you more than that, but just be sure to be ready for some tough topics, as well as a beautiful and heartbreaking story.

I was completely hooked from page one. The writing style is both casual and sophisticated, and Lourey's use of a first person POV worked well in letting me really get to know our protagonist, Frankie. As I briefly mentioned above, this was somewhat of a slow burn of a read at times, yet somehow it still felt like a page-turner, and I think that had a lot to do with both the subject matter and the way in which Lourey told her story with the necessary drama and horror it deserved, but without overdoing it and making it feel over the top. It felt down to earth, if that makes any sense, and there was such careful attention to detail and characters that I had no issues finding myself immersed in the story. This book was much more heartbreaking than I could have expected for reasons I also didn't expect, and I found myself feeling so much sadness for so many of these characters. There is a lot of tragedy in this book that felt very relatable to me, especially with Frankie's dad, and that resonation made this book even more heartbreaking.

I think Lourey's characters were one of her greatest strengths in this book, and I found them all compelling in their own unique way. There are a lot of dysfunctional, messed up people in this book, as well a lot of people who are just trying to navigate their way through life in the best way that they know how to, no matter what that means. I was repulsed and intrigued by the same characters as Frankie, and I can't say how much I appreciated the depth that Lourey created for all her characters.

The setting is also perfectly executed. This is a small town with a lot of secrets that seem to be bursting at the seems, and the constant humid heat that permeates the air feels as oppressive as the weight of those secrets. I really felt the seeming isolation of this town and how everyone in it is almost stuck in this horrible cycle of abuse. It really seemed like a stark contrast whenever Frankie would think about her time living in Pasadena, or when she called her friend June and we would finally get an outsider's voice peaking into this town, and that is all a credit to Lourey's ability to create such a vivid and almost claustrophobic town.

Although I don't have any major complaints with the story overall, I do find myself slightly confused with the inclusion of "The Game" itself, as I feel as though we don't really get much detail or explanation in the way of some of the major points advertised in the blurb. I understand what The Game is in general and what everything means and what is going on, but I feel as though there was a lot of dancing around things (although not others!) that felt a little odd and made a bit of a distanced feel as times right up until the end. The blurb seems to highlight one thing as being a bit more prominent than it was, and it didn't bother me that much, but I do feel it's something useful to point out.
Overall, I've given Litani 4.25 stars! I truly enjoyed this book (or however you should phrase liking a book that handles such dark topics) and would absolutely recommend it to anyone in the mood for a dark story or has any interest in the Satanic Panic of the '80s.

*I received a copy of Litani courtesy of the publisher in exchange for an honest review.*