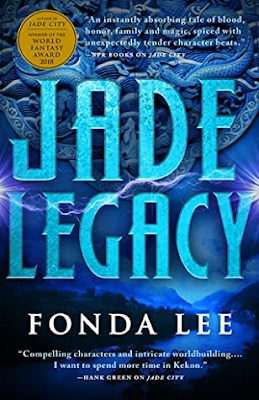 Overall, Jade Legacy has earned a well-deserved five stars from me! I am eager to see what's next from Fonda Lee, and this series will remain a favorite and special one to me.

*I received a copy of Jade Legacy courtesy of the publisher in exchange for an honest review.*