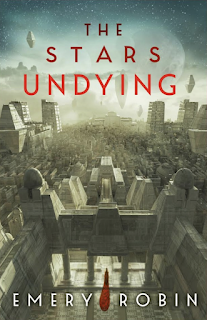 From Goodreads:
"'A spectacular space opera debut perfect for readers of Ann Leckie's Ancillary Justice and Arkady Martine's A Memory Called Empire, inspired by the lives and loves of Cleopatra and Julius Caesar.
Princess Altagracia has lost everything. After a bloody civil war, her twin sister has claimed not just the crown of their planet Szayet but the Pearl of its prophecy, a computer that contains the immortal soul of Szayet's god. Stripped of her birthright, Gracia flees the planet—just as Matheus Ceirran, Commander of the interstellar Empire of Ceiao, arrives in deadly pursuit with his volatile lieutenant, Anita. When Gracia and Ceirran's paths collide, Gracia sees an opportunity to win back her planet, her god, and her throne…if she can win the Commander and his right-hand officer over first.
But talking her way into Ceirran’s good graces, and his bed, is only the beginning. Dealing with the most powerful man in the galaxy is almost as dangerous as war, and Gracia is quickly torn between an alliance that fast becomes more than political and the wishes of the god—or machine—that whispers in her ear. For Szayet's sake, and her own, Gracia will need to become more than a princess with a silver tongue. She will have to become a queen as history has never seen before—even if it breaks an empire."
A space opera inspired by Cleopatra and Julius Caesar? I'm in!
and... 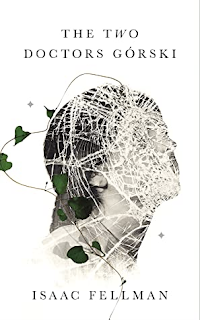 From Goodreads:
"Annae, a brilliant graduate student in psychiatric magic and survivor of academic abuse, can’t stop reading people’s minds. This is how she protects herself, by using her abilities to know exactly how her colleagues view her. This is how she escapes the torturous experience of her own existence.
When Annae moves to England to rebuild her life and finish her studies under the seminal magician Marec Górski—infamous for bringing to life a homunculus made from his unwanted better self—she sees, inside his head, a man who is both a destructive force to everyone around him, and her mirror image. For Annae to survive, she’ll need to break free of a lifetime of conditioning to embody her own self and forge her own path."
I am so curious about this premise and think this could be a really fascinating experiment with and exploration of mind-reading.
and... 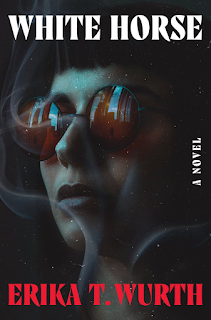 From Goodreads:
"Some people are haunted in more ways than one.
Heavy metal, ripped jeans, Stephen King novels, and the occasional beer at the White Horse have defined urban Indian Kari James’s life so far. But when her cousin Debby finds an old family bracelet that once belonged to Kari’s mother, it inadvertently calls up both her mother’s ghost and a monstrous entity, and her willful ignorance about her past is no longer sustainable…
Haunted by visions of her mother and hunted by this mysterious creature, Kari must search for what happened to her mother all those years ago. Her father, permanently disabled from a car crash, can’t help her. Her Auntie Squeaker seems to know something but isn’t eager to give it all up at once. Debby’s anxious to help, but her controlling husband keeps getting in the way. Kari’s journey toward a truth long denied by both her family and law enforcement forces her to confront her dysfunctional relationships, thoughts about a friend she lost in childhood, and her desire for the one thing she’s always wanted but could never have."
I've been hearing about this book for a while now and I'm really excited about it!
What do you think about these upcoming releases? What are your anticipated upcoming releases?
Posted by Jordan @ForeverLostinLiterature at 2:00 AM