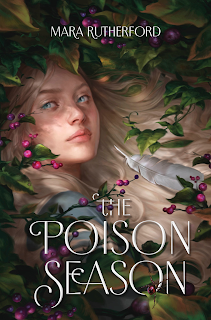 From Goodreads:
"Outsiders are always given a choice: the Forest or the lake. Either way, they’re never heard from again.
Leelo has spent her entire life on Endla, coexisting with the bloodthirsty Forest and respecting the poisonous lake that protects her island from outsiders who seek to destroy it. But as much as Leelo cares for her community, she struggles to accept that her younger brother will be exiled by his next birthday, unless he gains the magic of enchanted song so vital to Endla.
When Leelo sees a young outsider on the verge of drowning in the lake, she knows exactly what she’s supposed to do. But in a moment that will change everything, Leelo betrays her family, her best friend, and Endla by making an unthinkable choice.
Discovery could lead to devastating consequences for both Leelo and the outsider, Jaren, but as they grow closer, Leelo realizes that not all danger comes from beyond the lake—and they can only survive if Leelo is willing to question the very fabric of her society, her people, and herself."
This premise is so interesting to me! I'm curious about the lake and Forest dynamics, and it sounds like there will be quite a bit more at play to explore.
and... 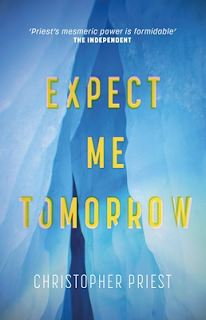 From Goodreads:
"A petty thief known as John Smith was arrested for fraudulent behavior in 1877. He tricked women into thinking he was rich, then stole their belongings and vanished. His guilt was obvious.
In 1852, Adler and Adolf Beck's father died on an expedition to a glacier, and their lives separated. One became a respected climate scientist, one a successful opera singer touring the world. Or so he claimed. But both remained in touch, if only to share the mysterious voices only they could hear.
Charles Ramsey also has a twin. It is 2050, and Greg is a journalist reporting on the climate-change inspired conflicts around the world. When Charles is made redundant from his job as a profiler for the police and sent home with a new experimental chip in his head, he is urged by his brother to explore a little-known aspect of their family history. ​All of these people are connected.
All of their lives will intersect. And the climate of their world will keep on changing."
This sounds pretty unique and I'm curious to see what it's all about!
What do you think about these upcoming releases? What are your anticipated upcoming releases?
Posted by Jordan @ForeverLostinLiterature at 2:00 AM