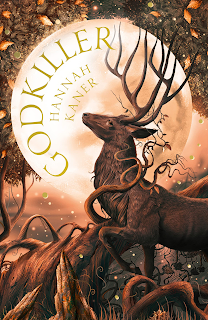 From Goodreads:
"You are not welcome here, godkiller
Kissen’s family were killed by zealots of a fire god. Now, she makes a living killing gods, and enjoys it. That is until she finds a god she cannot kill: Skedi, a god of white lies, has somehow bound himself to a young noble, and they are both on the run from unknown assassins.
Joined by a disillusioned knight on a secret quest, they must travel to the ruined city of Blenraden, where the last of the wild gods reside, to each beg a favour.
Pursued by demons, and in the midst of burgeoning civil war, they will all face a reckoning – something is rotting at the heart of their world, and only they can be the ones to stop it."
I am hearing all kinds of buzz about this book, and I have to say I'm on board for it because this sounds amazing! (I recently discovered that this is a UK release so it's not coming out in the US in January that I know of, but you can always pick up a copy of Book Depository, Blackwell's, etc.)!
and... 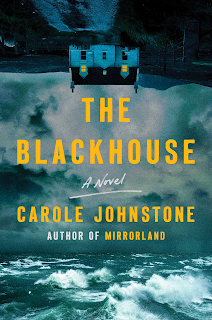 From Goodreads:
"A remote village. A deadly secret. An outsider who knows the truth.
Robert Reid moved his family to Scotland’s Outer Hebrides in the 1990s, driven by hope, craving safety and community, and hiding a terrible secret. But despite his best efforts to fit in, Robert is always seen as an outsider. And as the legendary and violent Hebridean storms rage around him, he begins to unravel, believing his fate on the remote island of Kilmeray cannot be escaped.
For her entire life, Maggie MacKay has sensed something was wrong with her. When Maggie was five years old, she announced that a man on Kilmeray—a place she’d never visited—had been murdered. Her unfounded claim drew media attention and turned the locals against each other, creating rifts that never mended.
Nearly twenty years later, Maggie is determined to find out what really happened, and what the islanders are hiding. But when she begins to receive ominous threats, Maggie is forced to consider how much she is willing to risk to discover the horrifying truth."
I am always a sucker for this type of story setup–I mean, how can you not love an atmospheric mystery set in a remote village? (If you don't love that, please don't answer that.) I'm excited to check it out!
What do you think about these upcoming releases? What are your anticipated upcoming releases?
Posted by Jordan @ForeverLostinLiterature at 2:00 AM