Can't-Wait Wednesday: The Bright and Breaking Sea by Chloe Neill, The Preserve by Ariel S. Winter, & A Curse of Ash and Embers by Jo Spurrier 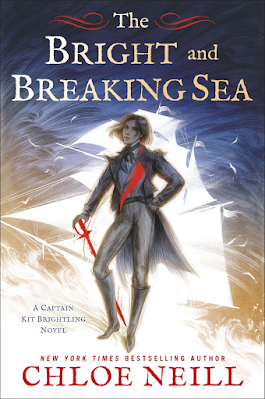 From Goodreads:
"Kit Brightling, rescued as a foundling and raised in a home for talented girls, has worked hard to rise through the ranks of the Isles' Crown Command and become one of the few female captains in Queen Charlotte's fleet. Her ship is small, but she's fast--in part because of Kit's magical affinity to the sea. But the waters become perilous when the queen sends Kit on a special mission with a partner she never asked for.
Rian Grant, Viscount Queenscliffe, may be a veteran of the Continental war, but Kit doesn't know him or his motives--and she's dealt with one too many members of the Beau Monde. But Kit has her orders, and the queen has commanded they journey to a dangerous pirate quay and rescue a spy who's been gathering intelligence on the exiled emperor of Gallia.
Kit can lead her ship and clever crew on her own, but with the fate of queen and country at stake, Kit and Rian must learn to trust each other, or else the Isles will fall...."
I love any and all things ship-related (which for someone who isn't a big water fan, my love of ships and the sea is confusing to me), so I can't wit to see what this is all about! I will say that that cover didn't initially stick out to me much, but something about it is really growing on me. I'm really liking the premise of this one, so I can't wait to check it out. 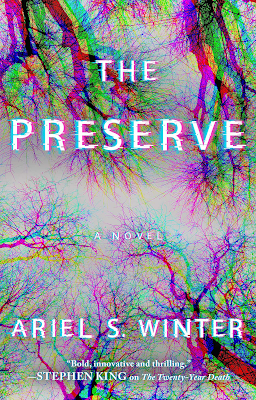 The Preserve by Ariel S. Winter
Publication: November 12th, 2020
William Morrow
Hardcover. 400 pages.
Pre-order: Amazon |IndieBound
From Goodreads:
"Decimated by plague, the human population is now a minority. Robots—complex AIs almost indistinguishable from humans—are the ruling majority. Nine months ago, in a controversial move, the robot government opened a series of preserves, designated areas where humans can choose to live without robot interference. Now the preserves face their first challenge: someone has been murdered.
Chief of Police Jesse Laughton on the SoCar Preserve is assigned to the case. He fears the factions that were opposed to the preserves will use the crime as evidence that the new system does not work. As he digs for information, robots in the outside world start turning up dead from bad drug-like programs that may have originated on SoCar land. And when Laughton learns his murder victim was a hacker who wrote drug-programs, it appears that the two cases might be linked. Soon, it’s clear that the entire preserve system is in danger of collapsing. Laughton’s former partner, a robot named Kir, arrives to assist on the case, and they soon uncover shocking secrets revealing that life on the preserve is not as peaceful as its human residents claim. But in order to protect humanity’s new way of life, Laughton must solve this murder before it’s too late."
I'm really into the weird color stuff going on with that cover. I also think this sounds like a really interesting premise that could either go really well or not so well--but I'm rooting for the first!
and... 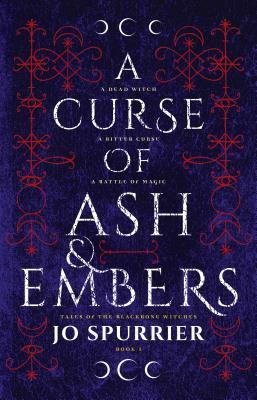 A Curse of Ash and Embers by Jo Spurrier
Publication: November 3rd, 2020
William Morrow
Hardcover. 400 pages.
Pre-order: Amazon
From Goodreads:
"A dead witch. A bitter curse. A battle of magic.
Some people knit socks by the fire at night. Gyssha Blackbone made monsters.
But the old witch is dead now, and somehow it's Elodie's job to clean up the mess.
When she was hired at Black Oak Cottage, Elodie had no idea she'd find herself working for a witch; and her acid-tongued new mistress, Aleida, was not expecting a housemaid to turn up on her doorstep.
Gyssha's final curse left Aleida practically dead on her feet, and now, with huge monsters roaming the woods, a demonic tree lurking in the orchard and an angry warlock demanding repayment of a debt, Aleida needs Elodie's help, whether she likes it or not.
And no matter what the old witch throws at her, to Elodie it's still better than going back home."
I'm always up for some witches curses, and places called Black Oak Cottage. Can't wait to check this out, though it sounds great for an October read!