Can't-Wait Wednesday: King of the Rising (Islands of Blood and Storm #2) by Kacen Callender & A Wolf for a Spell by Karah Sutton 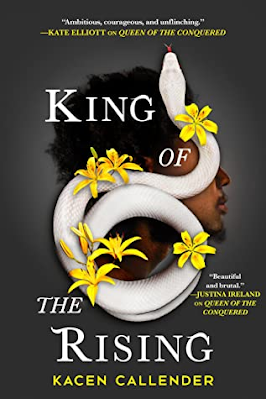 From Goodreads:
"A Caribbean-inspired fantasy about "power, privilege and survival," King of the Rising is the searing conclusion to the Islands of Blood and Storm series which began with Queen of the Conquered. (K. S. Villoso)
A revolution has swept through the islands of Hans Lollik and former slave Loren Jannik has been chosen to lead the survivors in a bid to free the islands forever.
But the rebels are running out of food, weapons and options. And as the Fjern inch closer to reclaiming Hans Lollik with every battle, Loren is faced with a choice that could shift the course of the revolution in their favor-or doom it to failure."
Queen of the Conquered was such an enjoyable, unpredictable, and harsh ride, and I really can't wait for more! I am also absolutely loving these covers so far.

and...
This week's upcoming book spotlights are: 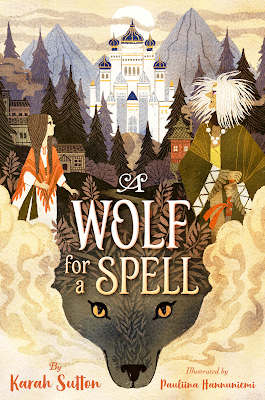 A Wolf for a Spell by Karah Sutton
Publication: December 1st, 2020
Alfred A. Knopf Books for Young Readers
Hardcover. 320 pages.
Pre-order: Amazon |IndieBound
From Goodreads:
"Since she was a pup, Zima has been taught to fear humans—especially witches—but when her family is threatened, she has no choice but to seek help from the witch Baba Yaga.
Baba Yaga never does magic for free, but it just so happens that she needs a wolf’s keen nose for a secret plan she’s brewing… Before Zima knows what’s happening, the witch has cast a switching spell and run off into the woods, while Zima is left behind in Baba Yaga’s hut—and Baba Yaga’s body!
Meanwhile, a young village girl named Nadya is also seeking the witch’s help, and when she meets Zima (in Baba Yaga’s form), they discover that they face a common enemy. With danger closing in, Zima must unite the wolves, the witches and the villagers against an evil that threatens them all."
I love Baba Yaga stories, and I also think this sounds like a lot of fun. I am always up for some fantastic middle grade. :)

Email ThisBlogThis!Share to TwitterShare to FacebookShare to Pinterest
Labels: a wolf for a spell, can't-wait wednesday, cww, islands of blood and storm, kacen callender, karah sutton, king of the rising