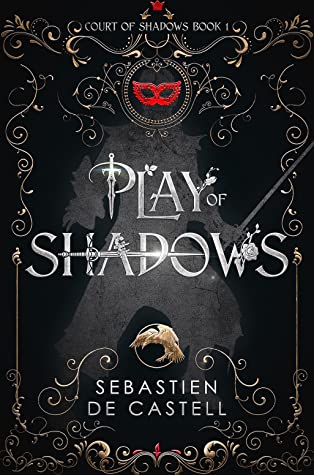 From Goodreads:
"Swordplay, magic, intrigue and friendships stronger than iron: the first volume in the new swashbuckling fantasy series by the bestselling author of The Greatcoats.
Damelas Shademantaigne picked a poor night to flee a judicial duel.
He has precious little hope of escaping the wrath of the Vixen, the most feared duellist in the entire city, until he stumbles through the stage doors of the magnificent Operato Belleza and tricks his way into the company of actors. An archaic law provides a temporary respite from his troubles - until one night a ghostly voice in his head causes Damelas to fumble his lines, inadvertently blurting out a dreadful truth: the city's most legendary hero may actually be a traitor and a brutal murderer.
With only the help of his boisterous and lusty friend Bereto, a beautiful assassin whose target may well be Damelas himself, and a company of misfit actors who'd just as soon see him dead, this failed son of two Greatcoats must somehow find within himself the courage to dig up long-buried truths before a ruthless band of bravos known as the Iron Orchids come for his head.
Oh, and there's still that matter of the Vixen waiting to duel him . . . "
This just sounds like it's going to be really fun–the 'misfit actors' aspect sounds particularly enticing to me–and I'm hoping to have a chance to pick this one up!

From Goodreads:
"Seventeen-year-old Daphne has spent her entire life honing her body and mind into that of a warrior, hoping to be accepted by the unyielding people of ancient Sparta. But an unexpected encounter with the goddess Artemis—who holds Daphne's brother's fate in her hands—upends the life she's worked so hard to build. Nine mysterious items have been stolen from Mount Olympus and if Daphne cannot find them, the gods' waning powers will fade away, the mortal world will descend into chaos, and her brother's life will be forfeit.
Guided by Artemis's twin-the handsome and entirely-too-self-assured god Apollo-Daphne's journey will take her from the labyrinth of the Minotaur to the riddle-spinning Sphinx of Thebes, team her up with mythological legends such as Theseus and Hippolyta of the Amazons, and pit her against the gods themselves.
A reinterpretation of the classic Greek myth of Daphne and Apollo, Daughter of Sparta by debut author Claire Andrews turns the traditionally male-dominated mythology we know into a heart-pounding and empowering female-led adventure."
I'm going to go into this one with an open mind, because it sounds like it could be a really neat retelling/historical/fantasy novel. I feel like this could go really well or really not well,  but I'm keeping my hopes up because I love a good Sparta and myth retelling! 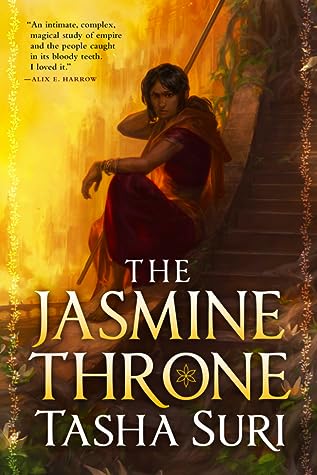 "Imprisoned by her dictator brother, Malini spends her days in isolation in the Hirana: an ancient temple that was once the source of the powerful, magical deathless waters — but is now little more than a decaying ruin.
Priya is a maidservant, one among several who make the treacherous journey to the top of the Hirana every night to clean Malini’s chambers. She is happy to be an anonymous drudge, so long as it keeps anyone from guessing the dangerous secret she hides.
But when Malini accidentally bears witness to Priya’s true nature, their destinies become irrevocably tangled. One is a vengeful princess seeking to depose her brother from his throne. The other is a priestess seeking to find her family. Together, they will change the fate of an empire."
I've already read an ARC of this and I think it's going to be a pretty big hit! I am so excited to see the final copy because it's going to be beautiful.