Can't-Wait Wednesday: A Dowry of Blood by S.T. Gibson, The Night Ship by Jess Kidd, & Malice House by Megan Shepherd 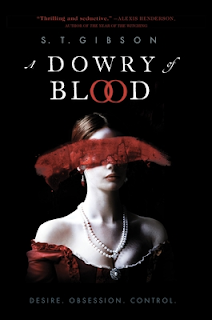 From Goodreads:
"S.T. Gibson's sensational novel is the darkly seductive tale of Dracula's first bride, Constanta.
This is my last love letter to you, though some would call it a confession. . .
Saved from the brink of death by a mysterious stranger, Constanta is transformed from a medieval peasant into a bride fit for an undying king. But when Dracula draws a cunning aristocrat and a starving artist into his web of passion and deceit, Constanta realizes that her beloved is capable of terrible things.
Finding comfort in the arms of her rival consorts, she begins to unravel their husband's dark secrets. With the lives of everyone she loves on the line, Constanta will have to choose between her own freedom and her love for her husband. But bonds forged by blood can only be broken by death."
So I've actually already read a pre-Orbit/Redhook copy of this book, but I'm super excited to re-read it and see the final product since it has been picked up by the publisher! I can't wait for this to come out and I hope everyone loves it as much as I did.
and... 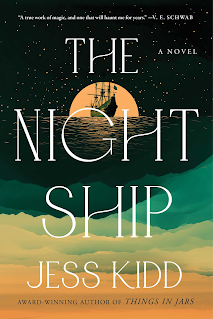 From Goodreads:
"Based on a real-life event, an epic historical novel from the award-winning author of Things in Jars that illuminates the lives of two characters: a girl shipwrecked on an island off Western Australia and, three hundred years later, a boy finding a home with his grandfather on the very same island.
1629: A newly orphaned young girl named Mayken is bound for the Dutch East Indies on the Batavia, one of the greatest ships of the Dutch Golden Age. Curious and mischievous, Mayken spends the long journey going on misadventures above and below the deck, searching for a mythical monster. But the true monsters might be closer than she thinks.
1989: A lonely boy named Gil is sent to live off the coast of Western Australia among the seasonal fishing community where his late mother once resided. There, on the tiny reef-shrouded island, he discovers the story of an infamous shipwreck…​"
I love how it sounds like these two timelines may intersect, and in general I am always happy for more epic historical fiction. I'm really excited for this one, and I really like this cover's illustration as well!
and... 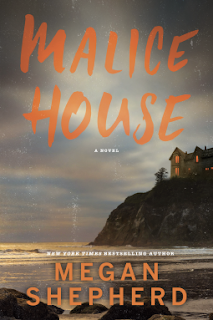 From Goodreads:
"'One step away from our world lies another: a land of violent fantasies, of sharp-toothed delights. . . .'
Of all the things aspiring artist Haven Marbury expected to find while clearing out her late father’s remote seaside house, Bedtime Stories for Monsters was not on the list. This secret handwritten manuscript is disturbingly different from his Pulitzer-winning works: its interweaving short stories crawl with horrific monsters and enigmatic humans that exist somewhere between this world and the next. The stories unsettle but also entice Haven, practically compelling her to illustrate them while she stays in the house that her father warned her was haunted. Clearly just dementia whispering in his ear . . . right?
Reeling from a failed marriage, Haven hopes an illustrated Bedtime Stories can be the lucrative posthumous father-daughter collaboration she desperately needs to jump-start her art career. However, everyone in the nearby vacation town wants a piece of the manuscript: her father’s obsessive literary salon members, the Ink Drinkers; her mysterious yet charming neighbor, who has a tendency toward three a.m. bonfires; a young barista with a literary forgery business; and of course, whoever keeps trying to break into her house. But when a monstrous creature appears under Haven’s bed right as grisly deaths are reported in the nearby woods, she must race to uncover dark, otherworldly family secrets—completely rewriting everything she ever knew about herself in the process."
I've really loved some of Megan Shepherd's previous books (The Madman's Daughter is a favorite!) so I'm really excited about this new release! This sounds right up my alley and I can't wait to have a chance to check it out.
What do you think about these upcoming releases? What are your anticipated upcoming releases?
Posted by Jordan @ForeverLostinLiterature at 2:00 AM