This week's topic is "Characters that would make great leaders," so I've decided to take it at its word and pick out some characters that I think would be fantastic leaders. Some of these characters are already technically in positions of power, but just because one is in a position of leadership doesn't mean that one is actually good at being said leader. Thus, I've compiled those that I think are most fit.

1. Mabel and Evie
from The Diviners by Libba Bray

I felt that both of these young women would make fantastic leaders. Mabel is a thoughtful, composed, and passionate person whom I feel could easily take her skills to a larger level. Evie is a much more outgoing person who has no fear of speaking her mind, and I think that she would be a very fair and strong leader as well. Both of these women seem like powerhouses!

2. Kara Westfall
from The Thickety: A Path Begins by J.A. White 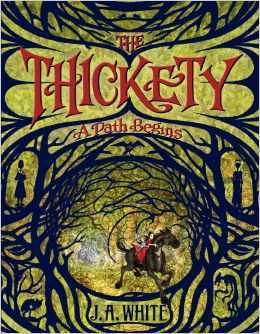 After everything Kara Westfall goes through in this book, how she is even still functioning like a normal person is beyond me--but she is. Not only that, but she takes charge of taking care of her brother and attempts to do even bigger things. This girl is truly inspiring and amazing.

3. Lazlo Strange
from Strange the Dreamer by Laini Taylor
(Review)

Lazlo Strange doesn't initially give off 'great leader here!' vibes, but throughout Strange the Dreamer we get more and more glimpses of his sharp mind and ability to process complex information. Even when strange or shocking events occur, he tends to keep a fairly cool head and tends to immediately err on the side of communication over violence. His overall demeanor seems to draw attention because of his calm, quiet, and rather astute, and because of this I think he'd be a strong leader.


4. Janey Solomon
from Gather the Daughters by Jennie Melamed
(Review)

If you've read this book, then you already know that Janey is capable of stepping up and demanding action. I can't help but agree with this book that she would be the one to take action and somehow draw people together into maintaining a strong force. She would absolutely be a great leader with her commanding presence and ability to see past exteriors meant to throw people off and catch them off guard.

This is another one of those books where a character isn't directly a leader, but they are somewhat of a de facto leader--and a good one at that. Hook is extremely just, but he isn't blind to the evils and unfair actions that life often wreaks upon people's lives. I think Hook would be one of the best leaders out there, and I would absolutely be okay with following his leadership.

7. Egwene
from The Wheel of Time series by Robert Jordan

She might need to be slightly more personable at times, but Egwene seems like a strong, silent young woman who could easily take a position of leadership on her shoulders. I think after a few years on the job she'd be practically unstoppable, as well as very fair to whoever she's leading. Also, I think she's be a pretty great feminist leader.

Okay, I know that we already all know Chaol's a good leader, but I had to include him because he truly is! This series constantly refers to and exemplifies how his soldiers and those he has trained and worked with over his years have almost unflinching loyalty to him. Chaol would be an amazingly fair and badass leader.

9. Marianne
from The Women in the Castle by Jessica Shattuck
(Review)

Marianne is one of those women that just gets shit done. She doesn't complain, doesn't make a big fuss, just knows what needs to be done and does it. If she needs someone to do something or go somewhere, she just tells them and moves on with her life. It doesn't matter if it's unpleasant or uncomfortable, it needs to be done. Marianne is absolutely the person I want in charge of leading my in almost any event in my life.


10. Reuben
from The Secret Keepers by Trenton Lee Stewart
(Review)

Reuben is a smart, resourceful, and incredibly endearing kid. I can't imagine him being anything less than a strong, charismatic leader who would be well-loved by everyone. I would love to see what Reuben can do as an adult.


11. Leah Westfall
from The Gold Seer Trilogy by Rae Carson
(Review-Walk on Earth a Stranger)
(Review-Like a River Glorious)

I think Leah has already proved what an immensely capable woman she is, but I feel it needs to be reiterated that she is one incredible woman. She realizes she has to do something and does whatever she needs to achieve that goal-- you know, such as dressing up as a boy to get to California.


12. Arabella Ashby
from Arabella of Mars by David Levine
(Review)

Arabella is yet another character that would lead any adventure that comes her way. She is strong, outgoing, and fairly fearless. She will also dress up as a boy to achieve her goals, and I admire that. I would be honored to go on any adventure led by Arabella.


13. Lady Margraine
from The Empire's Ghost by Isabelle Steiger
(Review)

Let's just say that if I'm ever going to war or ncountering some huge obstacle that I need to work through in my life, I want Lady Margraine to be there. She is bold, blunt, and highly intelligent. She's not exactly the most charismatic or endearingly friendly person, but.... who cares!?

14. Hermione Granger and Ginny Weasley
from the Harry Potter series by J.K.Rowling

Whether working together or individually, I think we can all safely say that Hermione and Ginny would be incredible leaders. Hermione is highly astute, full of common sense, and always one to take charge. Ginny is outspoken, calm, and also incredibly intelligent. They were born to lead in some sort of capacity--and they do!

What characters do you think would make great leaders?

Posted by Jordan @ForeverLostinLiterature at 7:07 AM